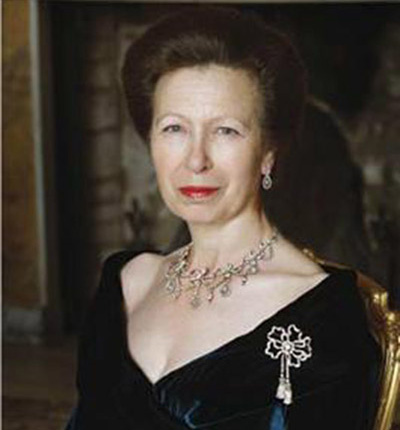 Her Royal Highness combines two major interests in bestowing her patronage on therapeutic riding. She has been President of Save the Children since 1970 and has enjoyed a successful equestrian career, including competing at the 1975 Olympics in Montreal as a member of the British Eventing Team.

The Princess Royal has visited many therapeutic riding programs in Britain and abroad. In 1988, during a visit to Canada that included the Royal Winter Fair, she attended a riding demonstration at CARD (Community Association for Riders with Disabilities) in Downsview, Ontario, hosted by CanTRA.

CanTRA is both proud and grateful to have the Princess Royal as its Patron.